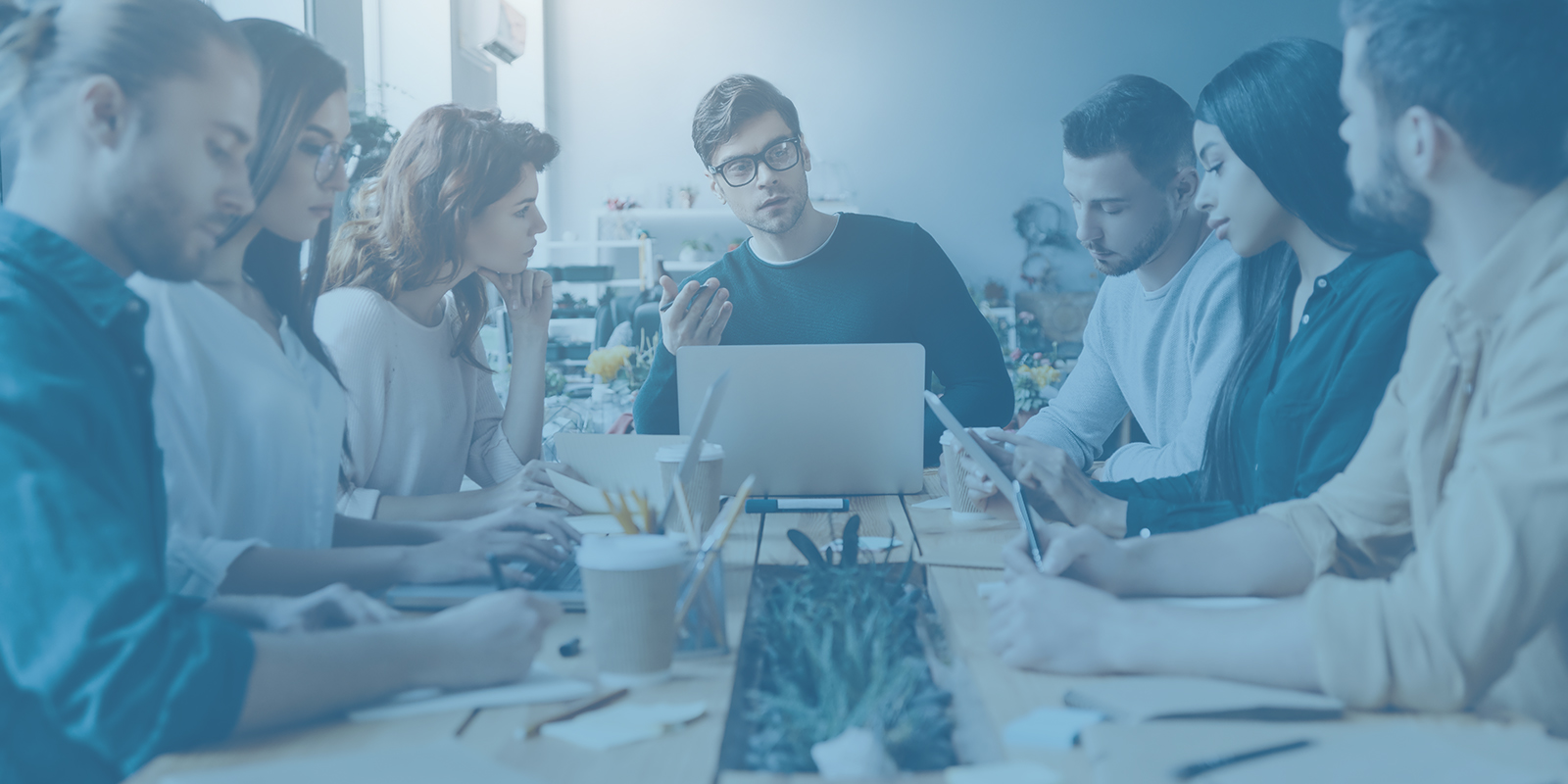 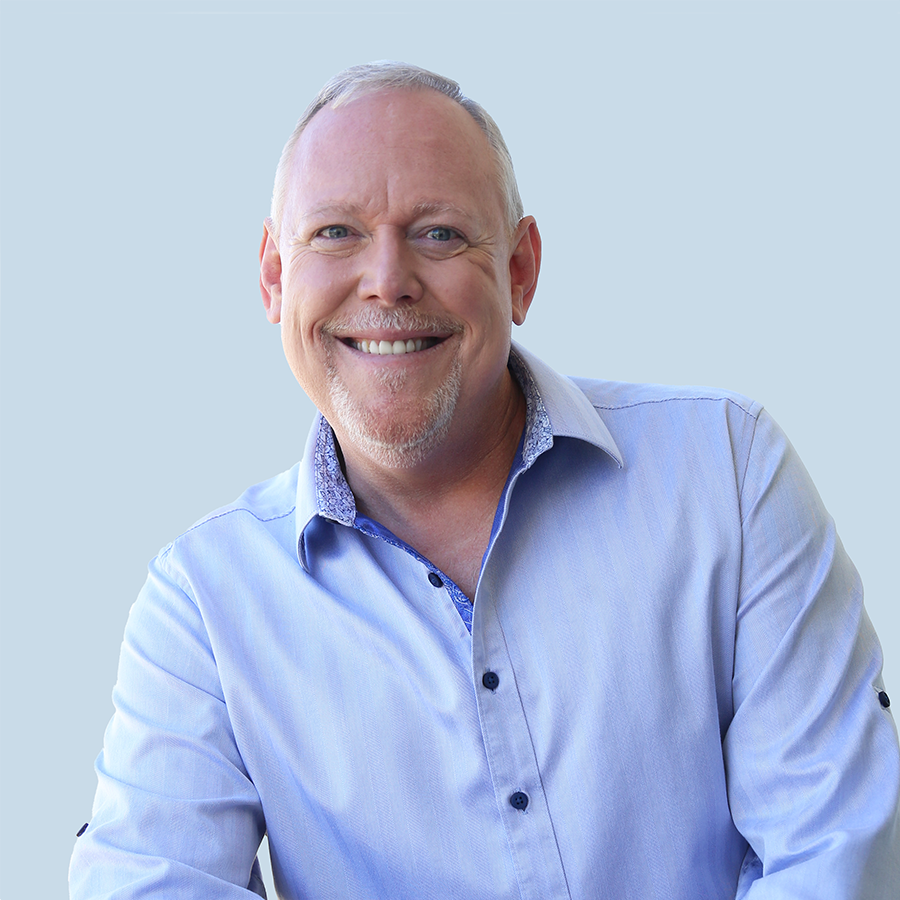 Leadership skills – often considered ‘soft’ skills – may be subjective qualities but they yield measurable results. Some companies promote leaders because they’re deep subject matter experts, but that costs them. When you overlook leadership skills in the hiring process - and neglect to train those skills as part of your employees’ career trajectory - you under-develop your people, risk higher turnover and also tend to create silos, department versus department. When you emphasize leadership skills as part of your company culture, you’re more likely to develop team players who know how to emphasize the collective versus the individual; who are willing to go above and beyond; and who want to commit to growing at your organization – rather than leaping to the next best opportunity.

No two leaders look the same, but these top leadership skills are a part of the toolkit of every successful leader I’ve known and coached over the past several decades.

Let’s start with the basic law of leadership:  Leaders always think that they're far more clear than they actually are. The proof in the pudding? Right after they walk out of the room, go ask their people to play back what the priorities are, and I can guarantee you it is going to diverge from what the leader thinks they just said.

Communicating goals and priorities crisply and clearly is critical because if you start out a few degrees apart, by the time you get way down the road that gap will be much bigger – and that's where all the rework happens. That's where the frustration festers. That's where the fingers start pointing.

2. A commitment to create alignment

It’s not enough to spell out your objectives. Once you've been as clear as you can (and recognized that you’ll never be as clear as you want), you have to dig in and be able to understand from their perspective, “are we aligned in our expectations?” Don’t rush to check the “yes” box, because that alignment rarely exists from the get-go (see point #1). So a leader must be prepared to take the time to determine, “Where is there misalignment and how do we get from where we are to where we want to be?” – and not just be anxious to sprint off to the next meeting.

These top three skills come together: in order to make sure you’ve been clear and aligned, the quality control mechanism is to ask thoughtful, open-ended questions – and truly listen to the answers: not, “do you get this?” or the fatal “any questions?” But: “What do you think about this? Where do you foresee challenges? What parts of this get you most excited? Given what I’ve described, what would be your first few steps?”

This one takes practice. Almost no one is raised in a family where giving feedback is done in an ideal way, so most leaders need to be taught how to do this well. On the one hand, effective feedback is about clarity around the issue to be resolved, around the growth opportunity, and what success looks like.  On the other hand, it requires empathy for where they are, bringing genuine caring and a genuine desire for them to be successful.

Success here builds trust in a way nothing else really can. It is very easy in a relationship to not have the hard conversations, to not push people, to not bring up something that may make someone defensive. But it's a wimpy way to work. It's a wimpy way to have a relationship, and it doesn't show any commitment that you matter to me. Giving effective feedback means communicating, “I want you to hear the things that I think you need to hear and I want the same from you.”

Even if it may be difficult, it's an investment that sends a message: “I care enough to be honest with you.”

You know the biggest difference between senior middle management and the executive level? Executives move beyond their expertise in their area, their department, their group, their part of the business and demonstrate that they have a real respect and appreciation for the other entities of the business that operate around them. To see them in action, it is clear they see the entire organization as a collective, rather than viewing others as obstacles – a sure sign of a leader who has not yet fully evolved. That means sometimes they give up on some of the things that they want to have happen, because they’re supporting another group(s) in achieving something that has a far bigger strategic impact on the overall business.

Conflict management is an wide-ranging skill, but here’s a bit-sized example of what that might sound like: in a meeting you've got Person A advocating for this, and Person B advocating for that. There may be a little bit of overlap, but they're going in different directions. The leader who is truly skilled comes in and says, “Here's where you guys are aligned. You’re both in sync all the way from A through F – and that’s where you start to diverge.”

So often two groups or two people get caught in a headlock because they overlook the areas of agreement and go straight to the problem. A skilled leader knows how to hone in on the areas of alignment and start the conversation there: “It's diverging here. Why is it divergent? What makes it so important? Is there a way that both can be able to get a reasonable level of success? What are we trading if we go this way?” These kinds of questions allow them to act as an arbiter: they don’t have a dog in the fight, so they can bring two sides together.

6. Powers of motivation and inspiration

Motivation and inspiration are highly subjective, so what does it really mean to possess these qualities? I always make it a point to ask my Coachees how they would describe the most inspirational leaders in their life, and there’s a common thread: people always say “they cared about me.” That means they are willing to risk the relationship by giving honest feedback, saying things no one else would say; they’re willing to carve time from their busy schedules; they are willing to sit and listen to troubles and brainstorm with them; they are willing to put themselves out there to give others opportunities.

From that place of caring – that human connection – great leaders intrinsically motivate and inspire. They don’t have to tell people what to do; they empower them to figure out the course of action, which means they’re naturally invested in making it happen.

Be honest with yourself about your strengths and weaknesses, which patterns are serving, which ones aren't. It takes courage and strength to be honest with yourself. Then to take it further – and this is the advanced maneuver – be open with others about your opportunities. Everyone has them; everyone knows everyone has them. So, as a leader, if you get out front and say, “We all need to do the work to be as good as we can be. And I want to show you how I'm going first,” you’re building trust in a way that nothing else can.

Great leaders speak truth to power. They will stand up and say something hard, they'll advocate for something hard and they won't back down if they're pushed. Now, they may eventually come around to another viewpoint, if convinced – that’s the fine line between conviction and stubbornness – but they hold strong in their non-negotiable values and beliefs based on their wealth of experience, even if it’s unpopular. This kind of stance might make waves in the short term, but over time it will help a leader accumulate respect, trust and ultimately goodwill from those around them.

A great leader knows working with others cannot be a zero-sum game with a winner and a loser. It’s all about coming up with the best solution and that, as a group, creates the most success. That might mean sacrificing your specific goal in favor of the collective. Without this skill, a leader will never make it past middle management. In highly successful companies, at the executive level, excellent collaboration skills are a given; leadership success is measured in part by an executive’s ability to achieve shared goals that advance a larger strategic perspective, even if it doesn’t directly benefit their team in the short term.

10. A balance of openness and conviction

It's critical to be able to speak up and say, “Here's what matters to me. Here's what I think is most important. Here's what I would advocate for.” A great leader knows that kind of assertiveness goes hand in hand with, “I deeply want to hear what you have to say.”

A great leader will have strong opinions, lightly held. That means you aren’t hesitant to give your perspective, to state your opinion. But you also are ready to listen to the other person’s idea and are ready to change your point of view, if they’ve got a good rationale behind it.

I list these two skills as one because it’s really a balance between the two, a balance that’s achieved by coming to every conversation with respect. Every time you exchange ideas with someone else, you have an opportunity to strengthen the relationship or to erode it. A great leader knows how to integrate these two attitudes to the best possible end.

The leadership skill examples discussed above paint an overall picture of what a great leader should aim for, especially when they’re trying to make the jump from middle to executive management. However, leadership skills are highly individual; what are leadership skills to one person might seem like good manners to another. One leader might listen deeply by scribbling notes, while another might stare off into space but be hanging on every word. Moreover, because of the subjective nature of these traits, different people will perceive someone as more or less adept in the various areas.

That’s why these traits don’t lend themselves to neat definitions, formulas and checkboxes; it requires a holistic analysis to understand which skills you possess and which present opportunities for growth. Even great leaders who possess all these skills in some form have their own strengths and weaknesses. Moreover, because of the subjective nature of these traits, different people will likely perceive someone as more or less adept in the various areas.

When you try to define and assess your leadership skills, you can’t just rely on a two-dimensional test; these assessments can provide useful information, but you’ll be best served if you are guided through the process by an experienced Coach who knows what to look for and how to screen out the noise.

What makes a great leader?

You know a great leader when you see one in action: It’s a person who engages others in the service of solutions that have the biggest impact on the organization. It’s what we at EngagedLeadership call a Dual Leadership focus. When a leader is able to have one eye on the business goal and another on the people goal for any given issue – and keep them in balance – that’s when they’re able to reach those audacious stretch goals, because every member of the team is playing at their best. 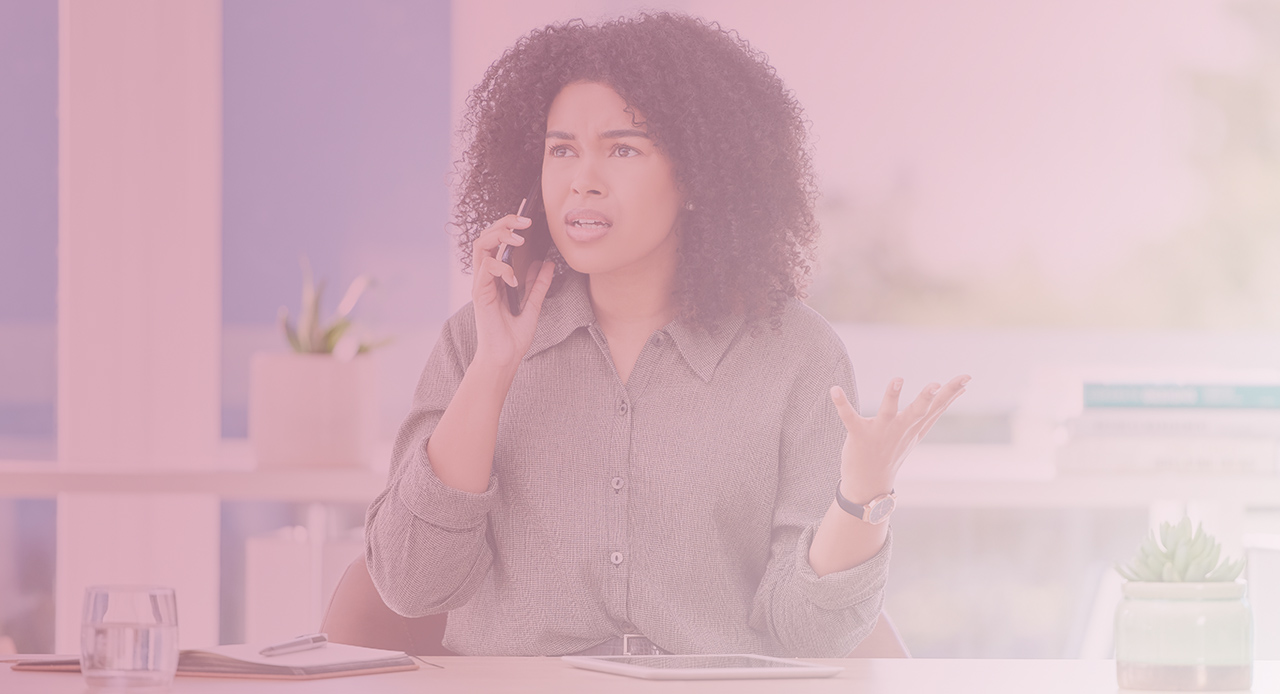 Ghosters and the Ghosted
February 2, 2023 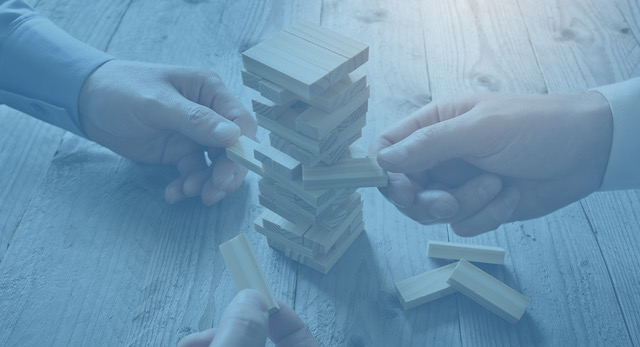 ‍Fear Motivation: What It Is and How it can be Valuable
January 26, 2023 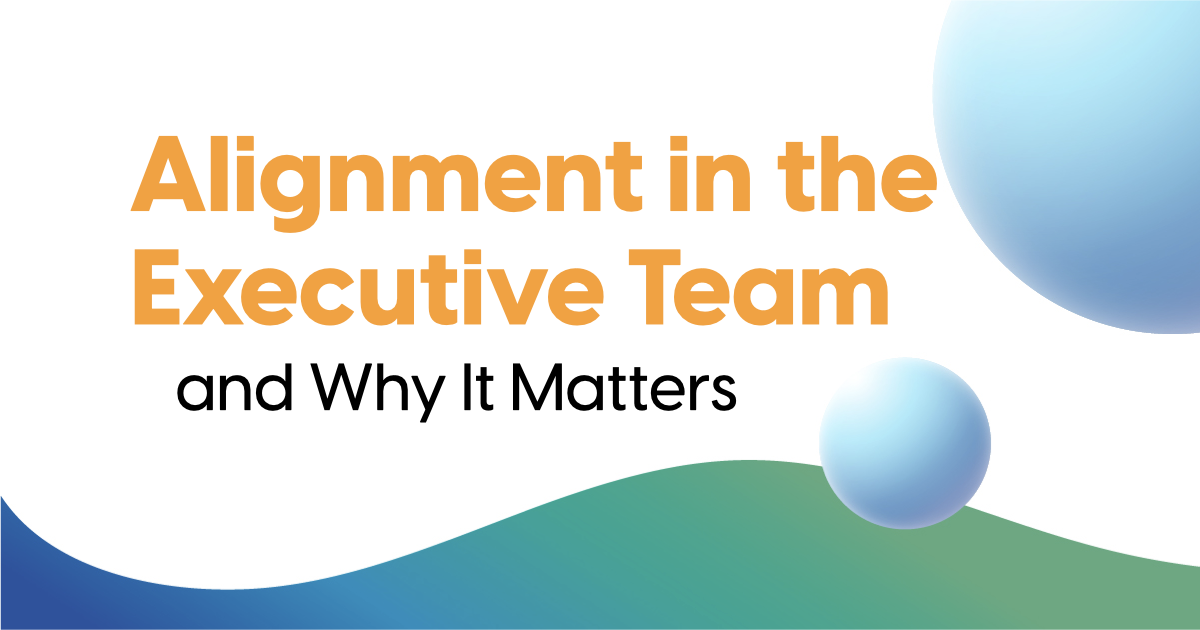 Alignment in the Executive Team - Why it Matters
January 19, 2023
Next